About: In 2018, the Sturgis City Council has approved the installation of a solar collector/shade structure at Harley-Davidson Rally Point.  Energy collected from the structure helps off-set the electric consumption at City Hall and the Library.

The image shown was from the Annual Community Picnic.
The Shade Project was completed in July of 2018. 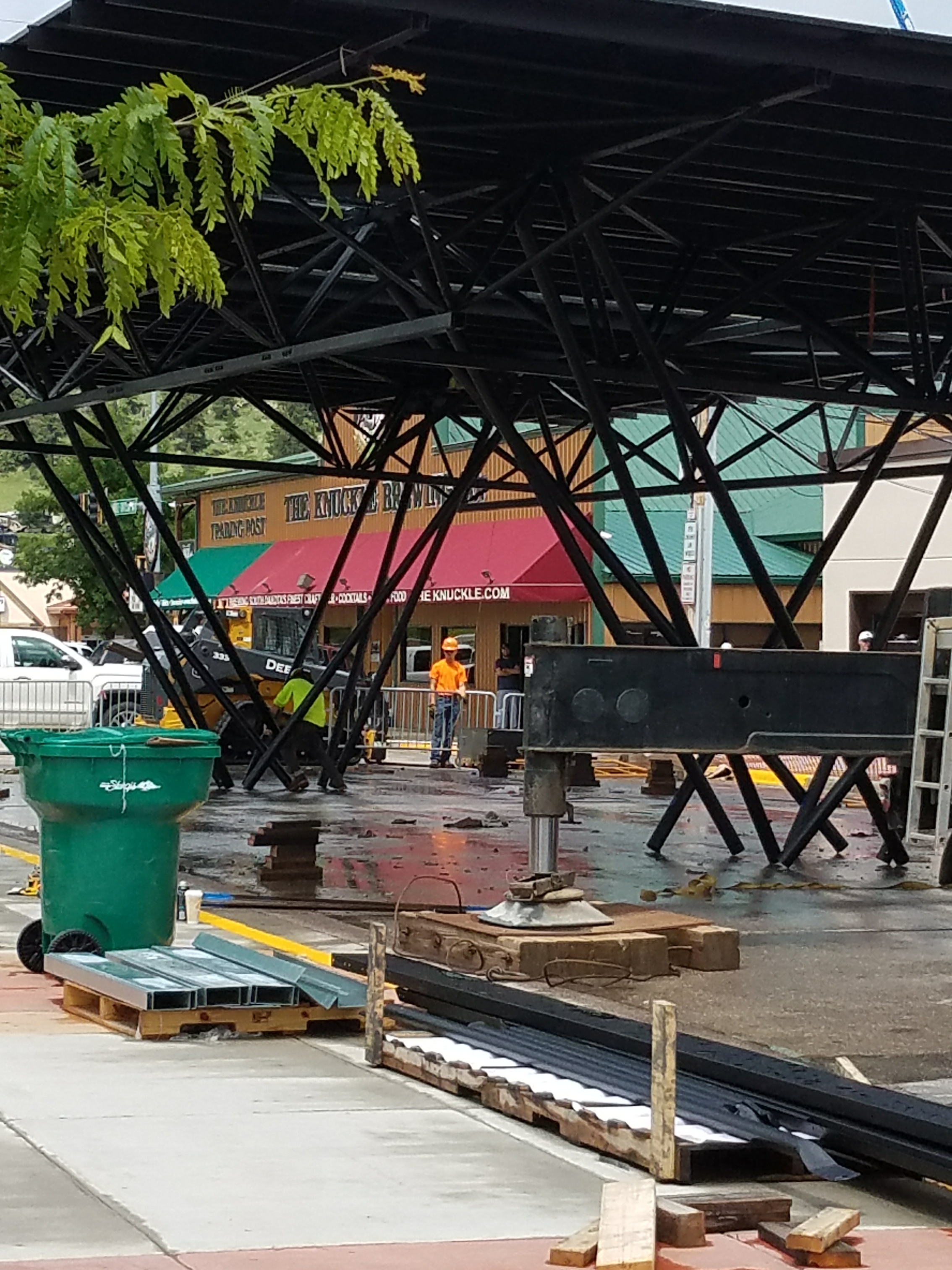 The shade structure arrived in Sturgis on June 14.
The structure was assembled in the street prior to installation. 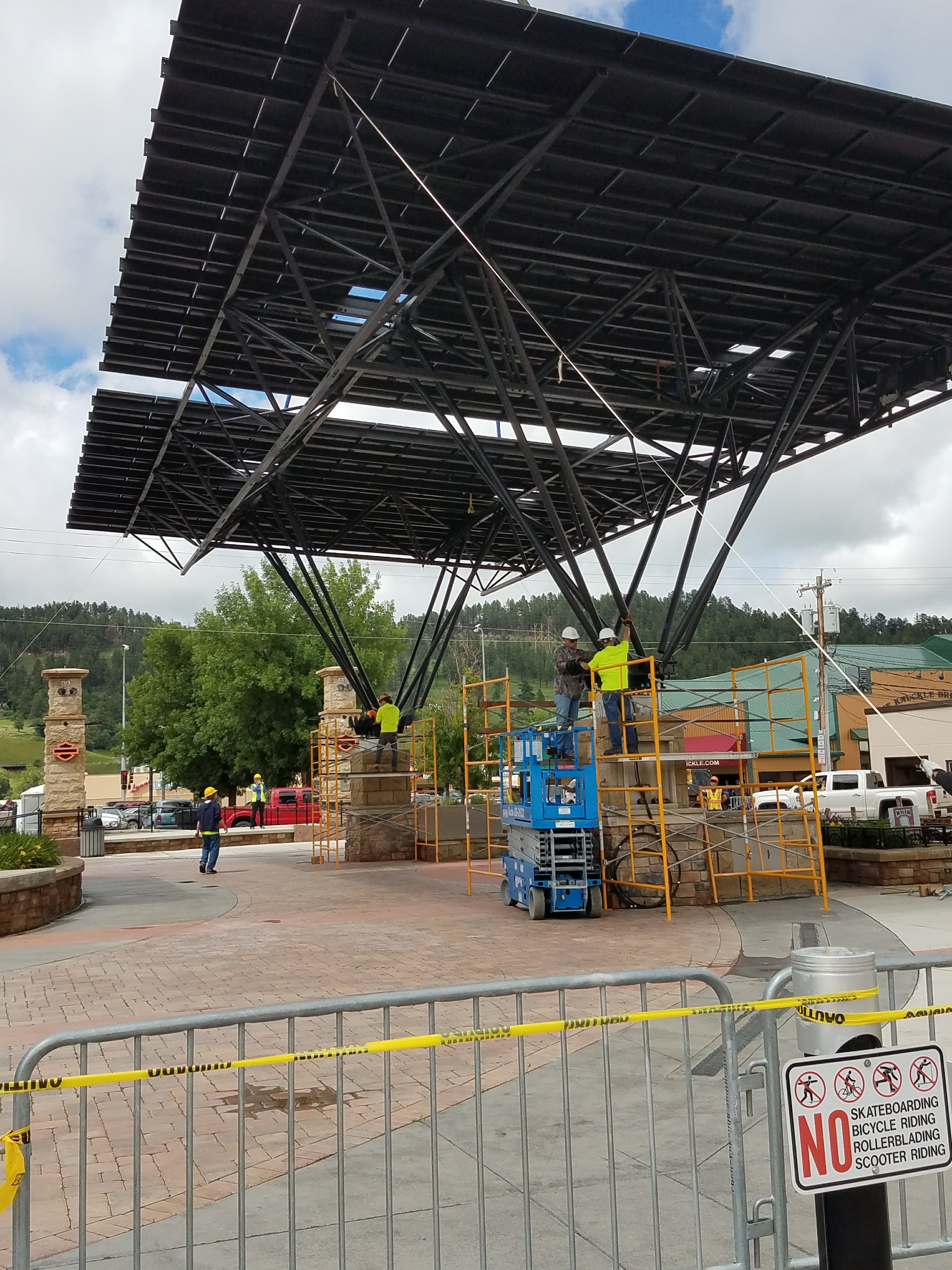 A crane lifted the structure into place on June 19. 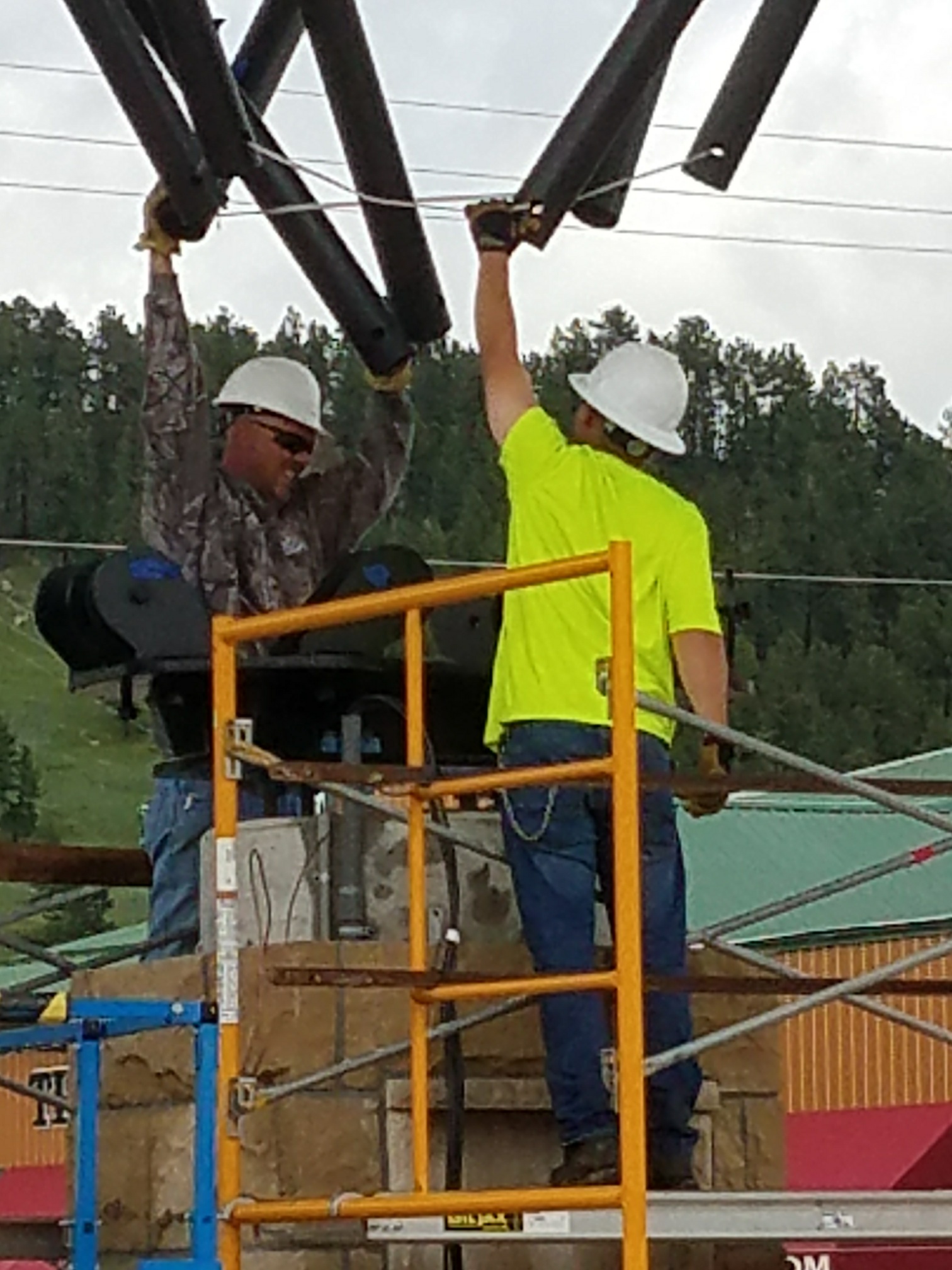 Crews attached the poles of the shade structure to the top of the re-built pillars. 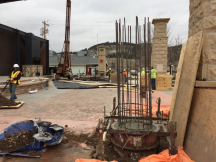 New columns were fabricated to hold the structure.

The original plans for the Plaza included fabric shades.  After further research, the decision was made to wait on the shades due to the $250k price.  Fabric shades also had a very short lifespan of approximately 10 years.

In 2017, Black Hills Energy suggested a solar canopy.  The energy collected will help offset the energy use at City Hall.  The cost of the solar canopy is estimated to cost $225K.  The structure has more than a 20-year lifespan and requires very little maintenance.  Once installed, a monitoring station was set up to monitor the rate of energy collection at any given time.   The primary contractor for the project was Interconnection Systems out of Central City NE.  Questions about the Solar Shade Project can be directed to the City Engineer at 605-347-4422 ext. 224.

Our Mission:
To provide an attractive, growing community being served by a
professional staff that offers reliable, quality municipal services.
Website By EvoGov